Recently i accepted to work on a project that did not ended up really good and i hate when this happen , since i try to do my best on each project some “employers / clients” are not like they seem from the first chat and there will always be some reason that won’t make you happy  .

He asked me to install a magento template that was bought from themeforest , ok  i said , challenge accepted .
So i started to install the template , first making backups , second go for it , take the package , extract it , read documentation and go upload .

Next thing go setup the template on the magento backend(the website was runing live) , i asked him can i make changes ? since this is runing live , are you allowed to make changes ? he said yes , ok .
All done , installed , last step > import demo data (the template was actually using a custom framework with a pagebuilder developed and embeded within template) , next i ask him , are you going to import the demo data ?


– ” Why would i do that”  ?
– Because you need to setup the look otherwise you’ll be needed to use the builder and design it on your own .
– “No i’m not importing , you do know how a template is installed on a magento store do you ? you take the files and upload it in the app folder etc .”
– Ok check the website is installed  .
– “There’s no menu also the footer is missing”

Here it comes the issue , i’ve told him to import demo data , he refused , he said to restore i did that with a 10 minutes “down time” of the website, since his database was over 200mb / 250+ i have zipped the mysql and go upload it , well surprise the phpmyadmin wasn’t importing anything , i had to write a php script in 10 minutes and split the sql file in two parts to load it on the damned database / put it back on the server ,  this project escalated more than it was supposed , due to his mistakes.

– “The website cannot stay offline there are 640+ online users”
–  Check it  , is up now .
– “I’m going to get the envato team install it for me”
– They will import the demo data there’s no way to get this setup without importing the already built design.

So they did install it after all & importing the demo data , he had a wedding > travel  website mixed with  longboards items for sale .

“http://www.ehlerslongboards.com” – this is the website in cause .
————————————
So there it is , after all this chatting i’ve messaged him many times to go on freelancer and release payment to end the project , he did not wanted that , so i created a dispute over the project , he released payment . 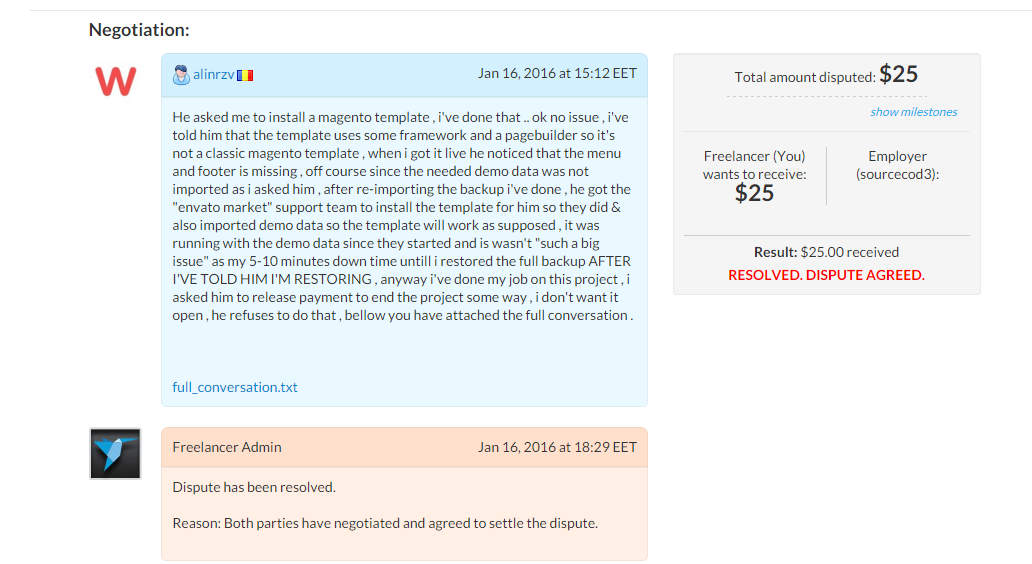 FINALLY !! (when you think things got worked out well they quite didn’t)

He left me a bad review with a description like i did an imcomplete job .

“hired this freelancer to install theme on a live site. He uploaded the theme / activated it and said it was done. meanwhile nothing on the site looked like a the theme. there were a few pages that showed up but were all messed up.”

So i left him a bad employer review as he really is , guess what , he deactivated the employer “option” on his account so people won’t see it  .

What i’ve learned from this ? 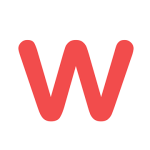 I'm a small fish in a big ocean , trying to make a difference and some waves while swimming my way through .

Get in touch , make an offer : 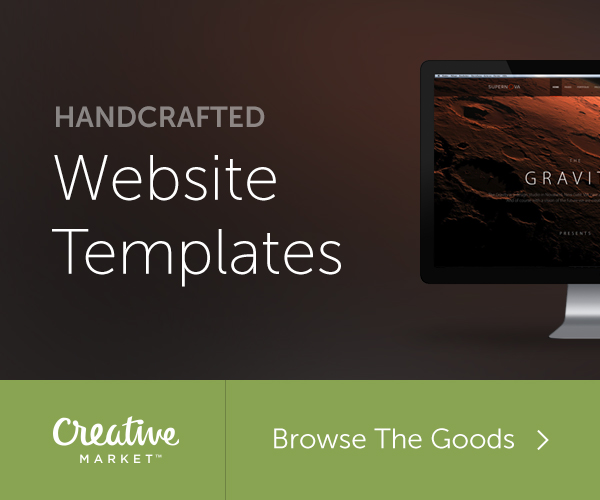 A freelancer or freelance worker is a term commonly used for a person who is self-employed and is not necessarily committed to a particular employer long-term.
We are offering web services since 01.10.2013 , quick & reliable freelancers.

This website uses cookies to improve your experience while you navigate through the website. Out of these, the cookies that are categorized as necessary are stored on your browser as they are essential for the working of basic functionalities of the website. We also use third-party cookies that help us analyze and understand how you use this website. These cookies will be stored in your browser only with your consent. You also have the option to opt-out of these cookies. But opting out of some of these cookies may affect your browsing experience.
Necessary Always Enabled
Necessary cookies are absolutely essential for the website to function properly. This category only includes cookies that ensures basic functionalities and security features of the website. These cookies do not store any personal information.
Non-necessary
Any cookies that may not be particularly necessary for the website to function and is used specifically to collect user personal data via analytics, ads, other embedded contents are termed as non-necessary cookies. It is mandatory to procure user consent prior to running these cookies on your website.
SAVE & ACCEPT